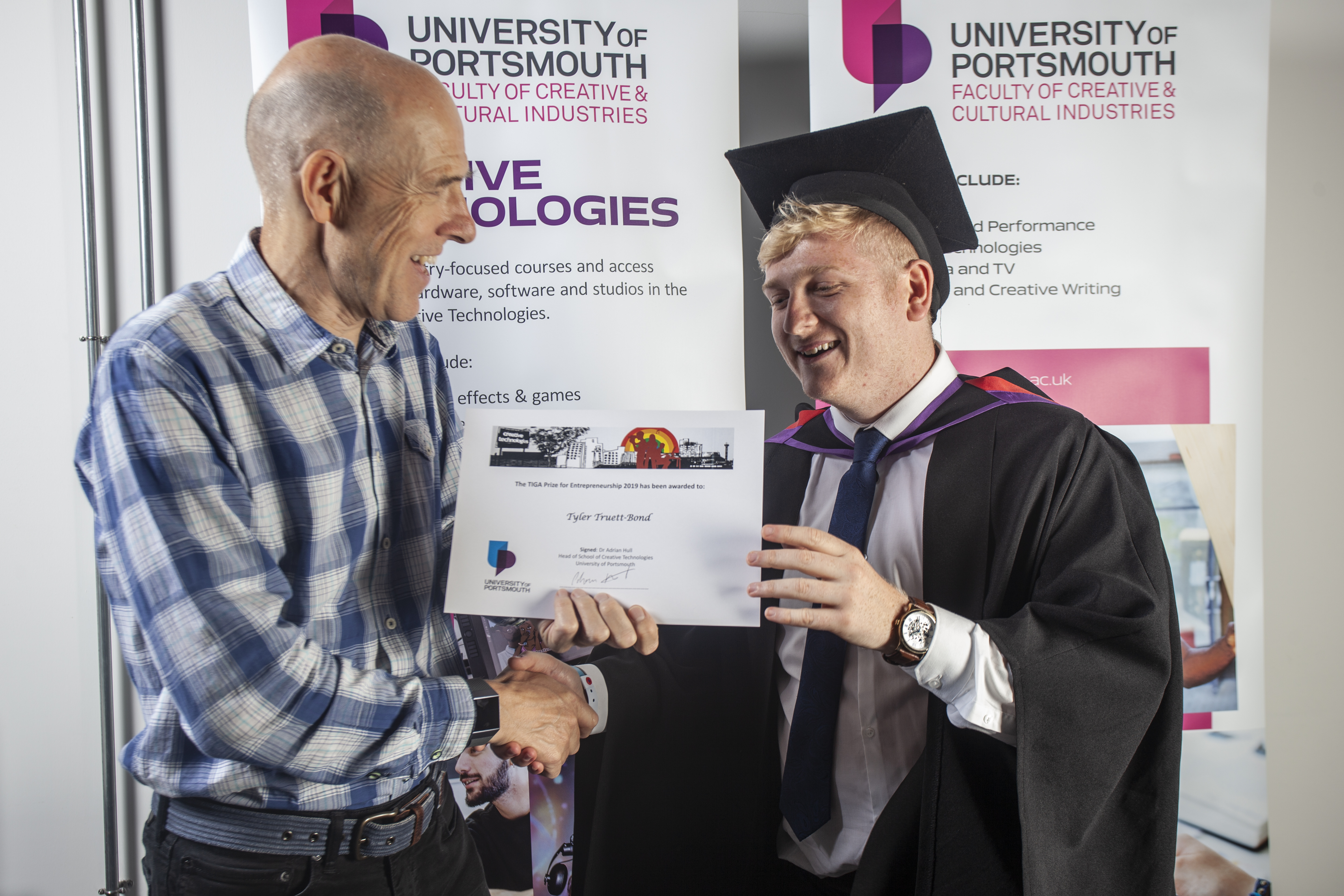 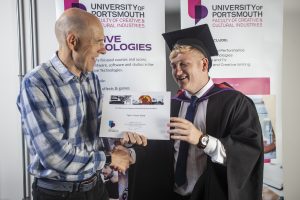 During his studies, Tyler completed an internship at Intel where amongst other work he was able to collaborate with teams within the company that were heavily involved in esports, working on IEM and other projects. Following the internship and during his final year at University, Tyler, along with business partner Mark Hatter, began to make his dream of starting a business in esports a reality. Over the last eight months Tyler has been developing Akolyte.pro – a professional esports coaching platform which launched earlier this month.

The platform connects new and less experienced players to the best gamers around, creating an environment where newcomers can learn from experienced players. Like traditional sports, a coach through the Akolyte platform will help gamers or gaming teams to train and improve their skills.

“From everyone at TIGA, congratulations to Tyler on receiving TIGA’s Entrepreneurship Prize. Tyler’s commitment to turning a passion for esports into a business venture is very impressive and we wish him great success.

“The UK video games industry relies on a highly skilled workforce to compete. This means graduates entering the sector must have industry relevant skills. TIGA’s Entrepreneurship Prize and the TIGA Accreditation system are just two ways in which TIGA encourages further education providers to develop the top quality graduates that our industry needs to thrive.”

“TIGA is always keen to support up and coming entrepreneurs. Tyler displayed the enterprising spirit needed for forging, and expanding, new markets at the cutting edge of the games industry.”

“I am honoured to receive TIGA’s Entrepreneurship Prize. Having been involved in esports both as a player and a professional for 10 years, it is great to now be turning my passion for growing the grass roots aspect of esports into a career.

“Akolyte.pro is now officially open for business and I am very excited to begin connecting gamers with the coaching they need to expand their skills and one day, potentially go pro.

“I started Akolyte because I identified that esports is lacking a proper environment to foster new talent. And with most esports pros ageing out during their mid-twenties, it’s important for the industry to keep growing the talent pool of younger players.”

Note that Akolyte.pro is not connected to TIGA in any way.  Akolyte.pro is an esports coaching platform run by the winner of the TIGA Prize for Entrepreneurship. This prize was awarded for Tyler’s entrepreneurial skills as judged by his lecturers.

TIGA is the network for games developers and digital publishers and the trade association representing the video games industry. Our core purpose is to strengthen the games development and digital publishing sector. TIGA is intent on building an enduring organisation which continually improves; a business that will make a significant impact on the video games industry and so benefit our membership and the wider economy.

Since 2010, TIGA has won 28 business awards and commendations and has been successfully accredited as an Investors in People organisation four times. TIGA focuses on four sets of activities:

This enhances the competitiveness of our members by providing benefits that make a material difference to their businesses, including a reduction in costs and improved commercial opportunities. It also means our members’ voices are heard in the corridors of power and positively represented in the media.